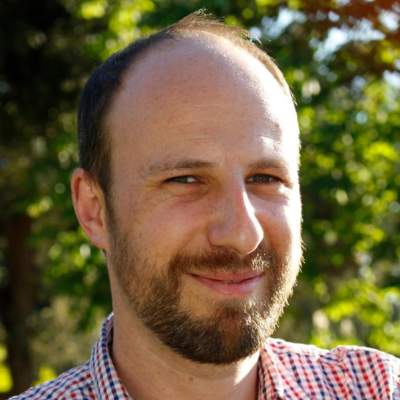 Stephen Philipson CCE is an award-winning editor and proud member of the CCE since the very start. His credits include high profile TV series such as American Gods(Starz), Sneaky Pete (Amazon), The Bold Type (Freeform), Anne with an E (CBC/Netflix), Hannibal (NBC), and Orphan Black (CTV/BBC America). He also cut Canadian film favourites such as The Wild Hunt (by Alexandre Franchi), voted Best Canadian First Feature and one of Canada's Top Ten by the Toronto International Film Festival, and Grown Up Movie Star (by Adriana Maggs), a prize-winner at Sundance.

Never one to turn down an adventure, he once traveled to Sri Lanka to edit an epic Action/Romance about the Sri Lankan civil war (in Tamil and Singhalese) for a director who contacted him randomly over the internet. A graduate of the Canadian Film Centre and Emily Carr University of Art and Design, Stephen's big break came on the 2009 documentary Prom Night in Mississippi (starring Academy Award winner Morgan Freeman), which premiered at Sundance, broadcast on HBO, and screened at The White House. Stephen is excited to serve as CCE President and help the CCE continue its excellent work advocating for editors across Canada. 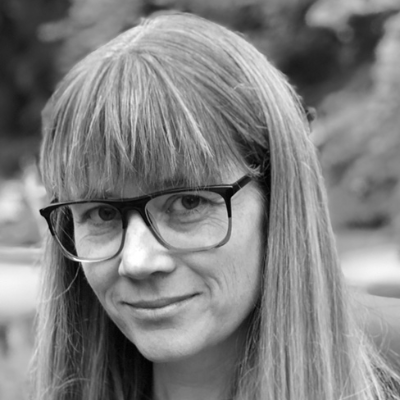 Jane has been a Toronto-based film and television editor for over 10 years. Her narrative film work includes comedy, horror, drama, and science fiction in both short and feature formats and has been featured at film festivals around the world.

Her recent work includes the sci-fi drama feature film "Rememory", starring Peter Dinklage and Julia Ormond, which premiered at the Sundance Film Festival in 2017 and which was nominated for a CCE award for Best Editing in a Feature Film. As a documentary editor, her work includes the award-winning feature documentary Finding Samuel Lowe: From Harlem to China (2013), as well as projects for Canadian, US, and international television networks including the CBC, Discovery Networks (US), the National Film Board of Canada, TV5 (France) and NHK (Japan).

Through her company Fast Hat Films, Jane provides development, editorial, and post-production consultation services for both narrative and documentary projects. 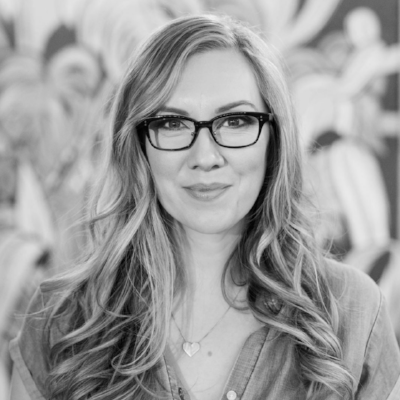 Sarah Taylor is an award winning Editor with 16 years of experience. Her recent credits include the sketch comedy series Caution: May Contain Nuts and the series Delmer & Marta airing on APTN, Cowboy Urbain airing on UNIStv, the comedy series Tiny Plastic airing on Super Channel and UpRooted - The Oyster Harvest airing on The Cooking Channel US and Gusto.

Her documentary credits include Ms. Scientist, Employment Matters, Employment Matters Too and Fast Horse airing on CBC and the documentary series Star Trails, Costal Revival and Dino Trails airing on TELUS Optik Local. The Harder I Fight II and Rare Mettle airing on TELUS Optik Local and The Match a short documentary for bravoFACTUAL. Sarah has also collaborated with filmmakers in the Arts sector to create a number of short films: Voila!, Maude Mary and the Titanic, Night Walk, The Suburbanight, Pay to Stay, the feature Truckstop Bloodsuckers and the documentary feature, Brothers in the Buddha.

Sarah was a post production mentor for Girls in Film and Television and hopes to continue mentoring young woman in the industry.

Sarah is a Directors Guild of Canada (DGC) member, on the board of directors for the Canadian Cinema Editors (CCE) and is the host of the CCE podcast The Editor's Cut. 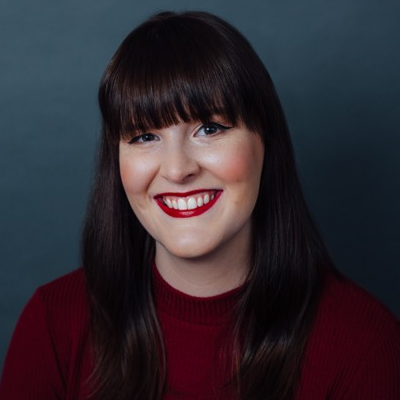 Simone Smith is a CSA and CCE award nominated film editor based in Toronto. She moved from commercial editing to scripted in 2014 when she attended the Editor's Lab at the Canadian Film Centre. Her feature credits include FIRECRACKERS, NEVER STEADY, NEVER STILL and SUCK IT UP.

She is thrilled to take on Social Media and Communications for the CCE, and to help showcase the rich talent within our community to the world. 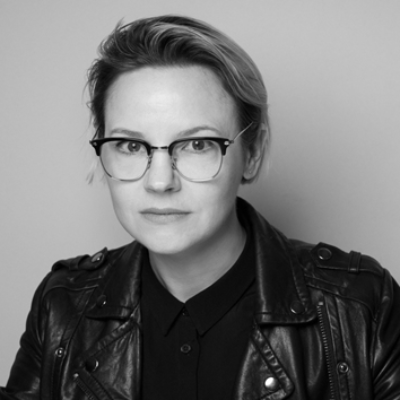 Maureen Grant brings an artistic eye and a rhythmic sensibility to her craft as an editor. Since her 2013 residence at the Canadian Film Centre, her work has garnered four Canadian Cinema Editors nominations in three categories: short film, feature film, and web series.

Her work has depth and range: from Ingrid Veninger’s road trip portrayal of grief He Hated Pigeons, to the dark comedy Nobody Famous by writer/director duo Sarah Rotella and Adrianna DiLonardo. Maureen worked with Adam MacDonald on Pyewacket - acclaimed by the Hollywood Reporter as a “a slow-burn chiller that is all the more impressive for its subtlety” - earning a premiere at TIFF 2017 in the Contemporary World Cinema program. Most recently, she completed Riot Girls, a post-apocalyptic coming of age thriller directed by Jovanka Vuckovic (XX) and produced by Lauren Grant of Clique Pictures. Riot Girls was part of the Cannes FRONTIÈRES market and was described as “Riverdale meets Lord of the Flies”. With a high proficiency in French, Maureen is able to work with French-speaking directors and producers. 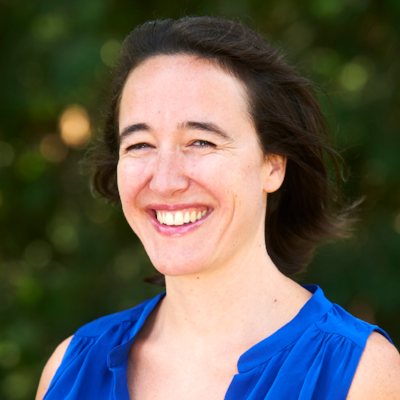 Pauline Decroix is a bilingual documentary and film editor with 18 years of experience.

She started her editing career in 2000 in Paris, France. She has had the chance to work on many different projects such as documentaries (Thalassa), major game shows (The Weakest Link, Don’t forget the Lyrics), TV Mini-Series (Hard, Enterrement de Vie de Jeune-Fille), and a feature film (Foon).

In 2009, she moved to Canada for a change of scenery, and to challenge her career. After living 4 years in Montreal, she settled in Toronto. In 2015, she decided to focus her career in the narrative world and in 2016, she was a resident of the "Editors' Lab" at the Canadian Film Centre.

In 2017, Pauline was nominated by the "32° GÉMEAUX AWARDS" for "Best Editing" for the documentary series "Balade à Toronto". Recently, she worked with the National Film Board on her first documentary feature : “Sans Maman”. 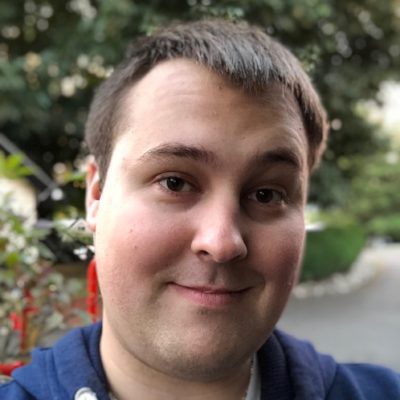 Kody Davidson loves editing and everything that it encompasses. He admires the storytelling and human connection that editing brings into his life. The buttons and gadgets thrill him and make it hardly seem like work.

Nearly eight years ago, when he first got his hands on an editing system, Kody fell in love with all the aspects of creative and technical control he now possessed.

Fast forward to the present; he has spent this time developing his skills. He has become a picture and online editor on many award-winning films and TV series.

Strengthening his skills through experience working on short and feature-length films, documentaries, and commercials. Kody has developed in storytelling, assembling, colour correction, online editing, and conversations. With a vast codec and format knowledge on top of that.

Believing that creative editing must be backed by the technical expertise to support the project, Kody is confident that he can bring both together into his work for the best results 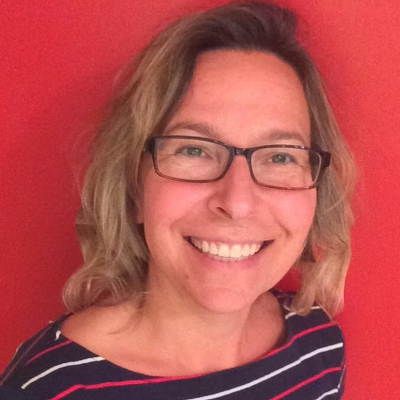 My name is Krysia Szyszlo (pronounced Krisha Sizzlo). A Toronto TV and Film Editor since 1988.  I cut my teeth on television commercials and music videos under the mentorship of Kari Skogland (director, The Handmaid’s Tale) who was then owner/editor of The Daily Post, a creative offline editing boutique.

After three years as senior editor, I climbed the ladder to become Vice President of the company. As a partner of The Daily Post, I worked with clients not only as the picture editor on a project but also as the post supervisor, hiring the best in the city to find affordable solutions to post-production challenges.  I am fortunate to have acquired both the creative as well as business skills of taking a project from start to finish along with the patience required to handle very demanding clients. From budgeting, colour correction, compositing and final mix, the experience has shaped me into a budget conscious and solution focused editor.

In 1997, I volunteered to edit a short film (SHIFT) for the Canadian Film Centre, years before the Editor’s Lab even existed. This changed my life and I pivoted my editing career into long format storytelling, and became an accredited DGC member.  I’ve amassed an extensive catalogue of more than 100 television episodes (for 26 different series! ), 4 feature films, 21 music videos and over 130 commercials. I’ve help garner 11 awards and nominations for myself and my clients in the process.

Adaptability has been my mantra as our Canadian production landscape has changed over the decades. I can confidently say that my editing style is ‘genre agnostic’ so I can handle anything that comes my way.  Lately, I’ve been working mostly in the unscripted space, but with the resurgence of quality scripted TV series, I’m keen on editing more scripted projects because I find character development irresistible. 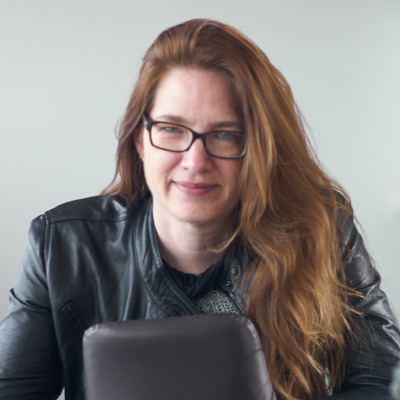 Brenda has edited ten episodes of The Nature of Things and is a frequent collaborator with filmmaker, Niobe Thompson.   A self-confessed film school junkie, she trained as an assistant editor at the NFB, received a BA in Film History Theory and Aesthetics, and won writing and directing residencies from PRAXIS, The Canadian Film Centre, and The National Screen Institute.

"I am thrilled to be a part of a national community of editors and am excited to represent the members as Education Advisor. “ 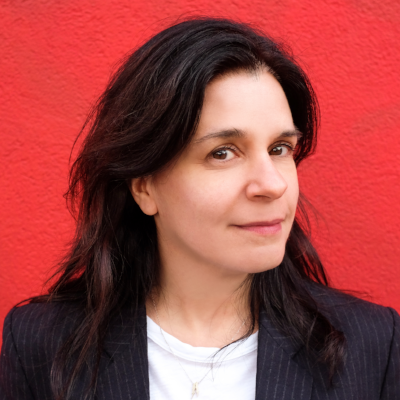 Isabelle Malenfant began her career as an assistant editor learning alongside Emmy Award winning director Yves Simoneau, on his films “Napoléon,” “Free Money,” and "Nuremberg."  As long-time editor for critically-acclaimed director Francis Leclerc, she worked on the popular sitcom “Les beaux malaises,” the dramatic series “Marche à l’ombre,” and “Mon meilleur ami” and the poetic short “Trotteur,” amongst others. Their latest collaboration, the feature film "Pieds nus dans l'aube," is an adaptation of Félix Leclerc's autobiographical novel of the same name. Over the years, she has also collaborated with directors François Jaros, Philippe Gagnon, Quentin Dupieux (a.k.a. Mr Oizo), Olivier Asselin and Mélanie Charbonneau. Originally from Quebec, she has worked on both French and English productions including television series, films and commercials.

With a background in theatre, Malenfant is an editor with a passion for bringing out an actor's talents and crafting their best performance. She has a particular affinity for telling dramatic stories, but an interest in seeking projects that challenge her to learn new techniques has expanded her editing credits to include comedies ("Steak," "Dans Une Galaxie Près de Chez Vous 2"), VFX projects ("Marie-Antoinette," "Assassin’s Creed"), animation ("Mune, the guardian of the moon") and dance film ("Amelia" from Edouard Lock's Lalala Human Steps). 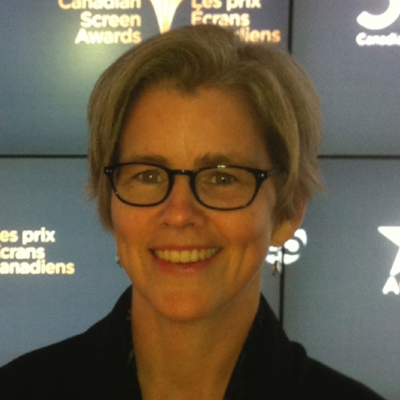