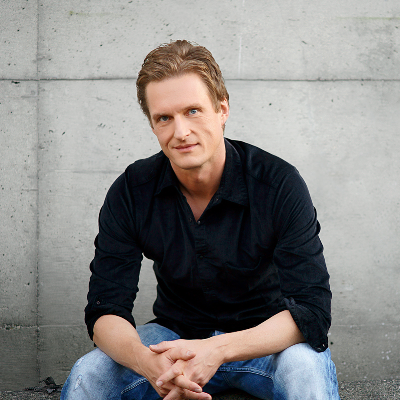 Kelly Morris CCE is best known for his work as an editor, story editor and consultant. With over twenty years experience, his credits include CBC’s The Fifth Estate and The Nature of Things, NatGeo’s Wild and Crisis Zone, BBC’s the Natural World, and lead editor for factual series including Discovery’s Jetstream and Highway Through Hell.

His editing experience began after travelling to war torn El Salvador in 1987, while working on his B.A. at Simon Fraser University, to make a documentary about the student democracy movement. In 1999 his international debut was at the Sundance Film Festival where a film he edited and co-created was nominated for the Grand Jury Prize in Documentary.

Kelly started on the board as Secretary in 2012. He then became President in 2014 and is currently in his 2nd term as President. 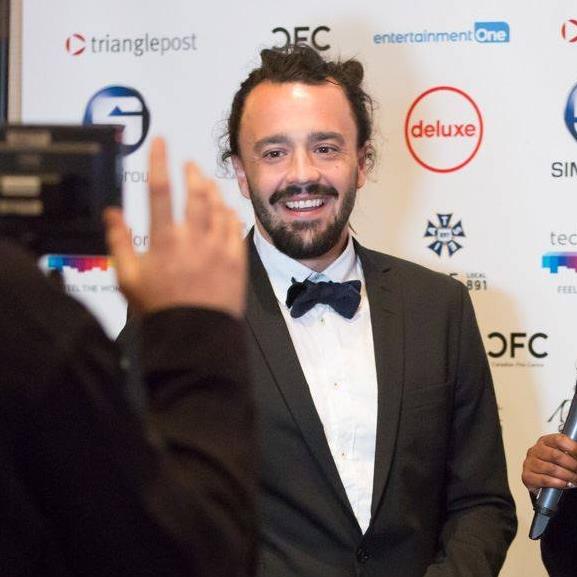 Dino Harambasic is film and video editor with over a decade of post-production experience working on TV and independent feature documentaries for VICE, Al Jazeera English, and Swedish Television.

After graduating from San Francisco State University holding a B.A. in Film Theory & Film Production, he opened his own post-production studio, DIVISN, where develops, produces, and edits labour of love projects, as well as edits commercials, trailers, and other short form content for Publicis, Shaw/Corus Entertainment, VICE, and other independent freelance assignments.

As a first time C.C.E. Vice-President, Dino's vision is to motivate current and new members to become more active within the organization; strengthening it's global presence and relevancy through his global peer network while continuing Chris' work with TIFF and A.C.E.

When not working on his monitor tan, Dino spends time researching new ideas to shoot, traveling, and playing water-polo. 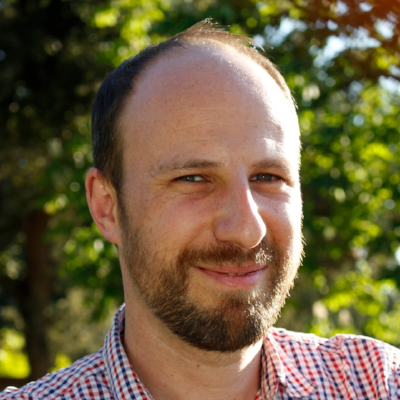 Stephen Philipson CCE is an award-winning editor and proud member of the CCE since the very start. His credits include high profile TV series such as "American Gods," "Hannibal," and "Orphan Black." He also cut Canadian film favourites such as "The Wild Hunt," voted Best Canadian First Feature and one of Canada's Top Ten by the Toronto International Film Festival, and "Grown Up Movie Star," a prize-winner at Sundance.

Never one to turn down an adventure, he once traveled to Sri Lanka to edit an epic Action/Romance about the Sri Lankan civil war (in Tamil and Singhalese) for a director who contacted him randomly over the internet. A graduate of the Canadian Film Centre and Emily Carr University of Art and Design, Stephen's break came on the 2009 documentary "Prom Night in Mississippi" (starring Academy Award winner Morgan Freeman), which premiered at Sundance, broadcast on HBO, and screened at The White House. Stephen is excited to join the board as treasurer and looks forward to helping the CCE continue its excellent work 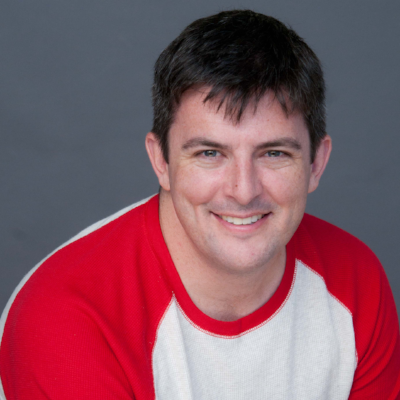 Starting when he was 11 and learning ‘true’ tape-to-tape editing between his VCR , videocamera and an assortment of Radio Shack cables, he always loved story telling has happily turned turned it into his career.  Graduating from Concordia University in the class of 2000 he has been cutting I have been cutting television, films and commercials for over 12 years, both in Australia and in Canada.

While he has cut everything from documentaries, short films, animation, to sports news, his extensive experience has been in cutting reality TV.   Having started in 2005 on Big Brother Australia, he’s worked on many of the large format reality competition shows such as Big Brother, The Apprentice, Australian Idol, So You Think You Can Dance, Masterchef and Undercover Boss.  He has recently won 3 consecutive Canadian Screen Awards and the CCE award for his work as part of post team on The Amazing Race Canada.  He has also worked on the All-Star 5th season of Top Chef All-Stars for the Food Network, which he’s especially proud of as he’s also been involved in their graphics branding for the show as well.  He is currently working on the 5th series of Big Brother, where no only is he a Senior Editor, but a segment producer.

An Apple Certified Final Cut Pro trainer, (as well as prolific speaker!) he’s also passionate about passing on what he’s learned and has run several courses on Editing Reality TV for the CCE and has  spoken about post production abroad in Australia at the Queensland Univeristy of Technology and here at Toronto’s Humber College.

A CCE member since 2011, he’s now the Board Member for Social Media and communications, so he’s probably filling up your twitter feed right now.    He lives in Toronto with his wife Alison and three children. 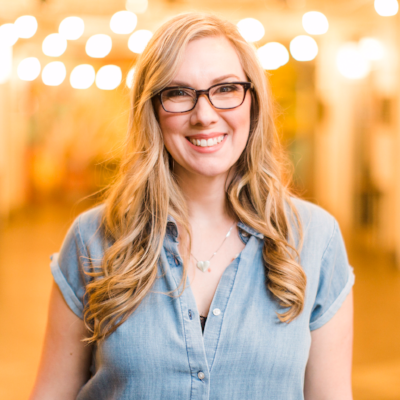 Sarah Taylor is an award winning Editor with 15 years of experience. Her recent credits include the comedy series Tiny Plastic airing on Super Channel, the sketch comedy series Caution: May Contain Nuts and the series Delmer & Marta airing on APTN and UpRooted - The Oyster Harvest airing on The Cooking Channel US. Her documentary credits include The Harder I Fight II airing on TELUS Optik Local, The Match a short documentary for bravoFACTUAL, Employment Matters and Employment Matters Too airing on CBC and the documentary series Star Trails and Costal Revival airing on TELUS Optik Local. 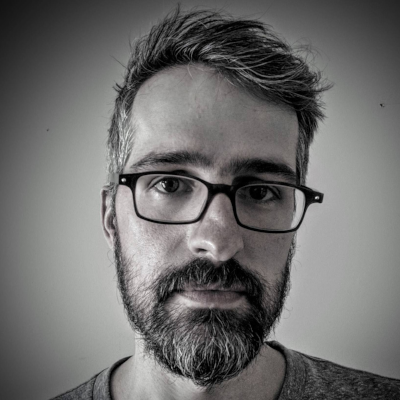 Bryan Atkinson is an award-winning editor of motion pictures and television. After years of travelling and working abroad, he settled back in his hometown of Toronto to focus on his career and attend the Editors' Lab at the Canadian Film Centre.

The past five years have seen Bryan working with the brightest new talent in Toronto and his collaboration on Stephen Dunn's debut feature, CLOSET MONSTER, won Best Canadian Feature Film at TIFF'15.

Bryan edited the feature film GUIDANCE, directed by Pat Mills, which premiered at TIFF '14 to enthusiastic critical response and had four shorts play at Sundance '15, with Dunn's POP-UP PORNO series as well as the acclaimed short film HOLE. After winning a Jury Prize with its debut at Locarno in 2014, HOLE has gone on to play 50 international festivals and win a Canadian Screen Award and the Grand Prize at Clermont-Ferrand International Short Film Festival. He worked with Jonathan Williams and FirstLove Films on the CBC project RIFTWORLD which took home the award for Best Drama Pilot at the New York Television Festival '16 and Bryan was nominated for both a CCE Award and a DGC Award for his work.

As an ardent supporter of the film community in Toronto, when he's not working you are bound to find him at the cinema. 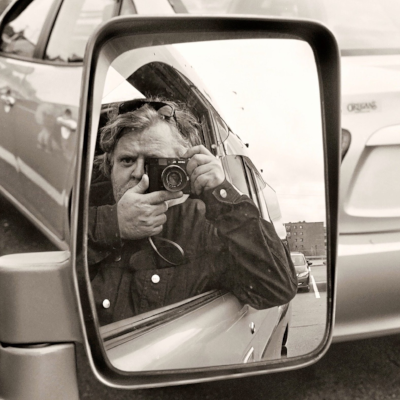 Thor Henrikson became an apprentice editor in 1987, on the TV series “Ramona Q”. He continued work as an assistant editor, and quickly graduated to become a sound editor, working primarily on feature films. In 1991 he was persuaded by director John Fawcett to picture edit the CFC short film “Half Nelson”, for which Thor won an AMPIA for best editor. He edited a slew of well regarded independent films over the following years, including “Elimination Dance”, Genie nominated for Best Short Film.

In 1997 he was accepted to the Canadian Film Centre’s Directors’ Lab programme. Moving to Halifax in 2000, Thor has continued working as an editor as well as a writer, director, and producer. Credits include; “Zombiemania”, “WebHead”, “Table Hockey - the Movie”, Rockhead and Me”, “Ship of Ice”, “Viking Way”, and most recently “Teslas Children”. 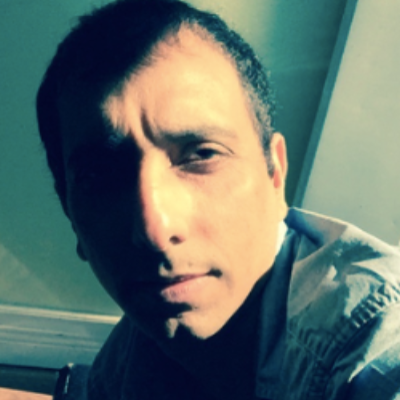 Prithvi Singh studied Dramatic Arts & Theatre and was a performing artist in theatrical productions when growing up in India.  He moved to California, US for his Film and Television Production studies.

He worked at a Broadcast Media Center in California as an Editor and Cameraman for more than three years. He also worked as a technical assistant for editing in a film department at Cupertino California.  Not to shy away from challenges he has worked as an Assistant Editor, Editor and Colorist in various independent productions for short films, documentaries, television shows, and feature films in Canada and US. 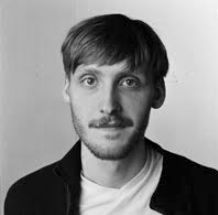 Dave Henning is a documentary and comedy editor new to both the CCE and editing industry. He holds an MFA in Documentary Media and an M.Ed in Urban Education. Having worked as an Aquatic Coordinator for the City of Toronto, Dave has a decade of experience hiring, training, supervising, and evaluating hundreds of staff.

As Education Advisor, Dave plans to enhance and expand the CCE's offering of workshops and other educational opportunities across Canada based on the needs of all members.