This episode was generously sponsored by Post City Picture & Sound

In today’s episode Sarah Taylor sit down with Kimberlee McTaggart, CCE. Kimberlee has been working in the Canadian film industry for over 30 years. She graduated from York University with a BFA in film, where she won the Dean’s Prize for Excellence and a national prize from the Academy of Canadian Cinema and TV. More importantly, she met a bunch of cool people who inspired her then and continue to do so today. Despite spending her university years in Toronto, a city she loves, she was immediately drawn back to her home province of Nova Scotia where she has carved out a varied and successful career.

Kimberlee produced, directed, and/or edited several award-winning documentaries before beginning to work exclusively in post production in 1994. She also began to work exclusively on non-linear systems, glad to leave the Moviolas and Steenbecks behind! Kimberlee has edited several dramatic series such as Lexx, Gullages, Made in Canada, This Hour has 22 Minutes, Call Me Fitz, Studio Black, Seed, Pure and Diggstown. Her work on the Call Me Fitz pilot brought her one of the last Gemini Awards. She was also nominated for a Canadian Screen Award for her work on both Call Me Fitz and Seed, as well as the feature film Blackbird.

Kim took a break from editing for a few years to run a production company where she and her business partner produced several documentaries and two documentary series. She also worked as a business affairs consultant for other companies during this time, and executive produced several short dramatic films. And now, after being back in the editor’s chair for 10 years, she is dipping her toes back in to the producing waters, beginning with the award-winning short film Pearls.

In addition to serving on the Board of the CCE, Kimberlee serves as the Chair of Women in Film and Television – Atlantic as well as the Editing Caucus Representative of the Atlantic Regional Council of the DGC. 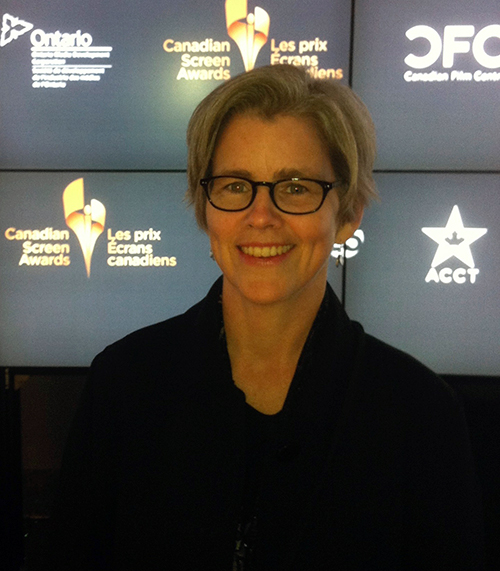