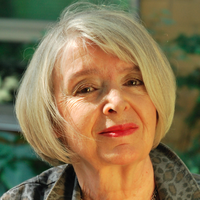 Mairin (also known as Mo) was born in England and came to Canada in 1969 with her young family.   She studied film in the Faculty of Fine Arts at York University and then worked professionally in the burgeoning film and television industry as a picture editor, story editor, post production supervisor and teacher.

As a series editor Mairin’s credits include seven seasons of The Road to Avonlea, six seasons of Wind at my Back, War of the Worlds and Adderly.   She has also edited many documentaries, corporate documentaries and music videos.

Mairin was the Associate Producer in charge of production on season two of The Road to Avonlea and Story Editor on season five.  She spent two years as a Course Director at York University’s Department of Film and Video, teaching the 4th year graduating class.