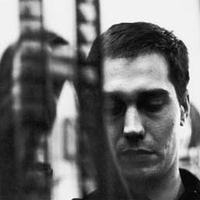 Werner Nold CM is a Quebec film editor. In 1984, he was named a Member of the Order of Canada. In 2010, he received the Prix Albert-Tessier from the government of Quebec for his contributions to the cinema of Quebec. Over a 35-year career at the National Film Board of Canada, Nold worked on approximately 100 films. He also co-founded the Conseil québécois pour la diffusion du cinéma and served as president of the Rendez-vous du cinéma québécois. Born in Switzerland, Nold moved to Quebec in 1955, while in his early 20s. He was hired by the NFB in 1961, and retired from film editing in 1996.   In 2011 Werner was honored by the Canadian Cinema Editors with their first ever Lifetime Achievement Award.  He lives with his wife of over 40 years, Lucette Lupien, in Montreal's Habitat 67 complex.