On May 19th, 2011, the CCE held its first Awards.  As we prepare for our upcoming 10th Annual Awards, we will take a look back at our first group of winners and what some of them had to say about their win!

When I won for editing THE DAY I THOUGHT I DIED, it was a real honour. Not only because it was the first year for the CCE awards but also because the short film was such a personal one for the director, David McCallum. It was a very memorable evening and a great start for what would be a long-lasting tradition for the CCE. (written 2020)

There is so much great work being made in this country it was fantastic just to be nominated.   And so, it was an incredible honour receiving the first CCE Award for Feature Documentary Editing.  Knowing that it came from my colleagues - our community - meant a great deal. (written in 2019)

It was a great honour to win at the inaugural CCE awards! I had become aware of the organization shortly prior to the awards in 2011, and I was so impressed with everything co-founders Paul Day and Paul Winestock had accomplished in putting everything together, so I was incredibly pleased to share in some small part of the evening. My mom also came to the event and she was very proud of me! (written in 2018)

"I was extremely proud to be nominated and then to go forward and win for the category of Best editing in animation 2011. To be listed next to my fellow nominee's and to see the scope of shows we worked on showed us all what a large industry Animation is. I felt that as an animation editor we rarely get the spotlight for the work we do and when CCE presented this category it made all of us animation editors feel just that more proud. This was an award in its self." (written in 2018)

"I remember that awards ceremony very well. It was such an honour to win the very first CCE award for Long form Television Series for the Tudors.  That night was special because it was just us… just all of us editors and post production folks in a relaxed environment celebrating our industry.  Canadian Cinema Editors are a wonderful group of colleagues who are always willing to share their knowledge. I consider it a gift to be part of that." (written in 2017)

Lisa Grootenboer, CCE - The Tudors: Episode 405, Bottom of the Pot

Annellie Samuel - Producing Parker: Episode 120, How Green Is My Parker

Best Editing in MOW or Mini-series

Roderick Deogrades - The Day I Thought I Died 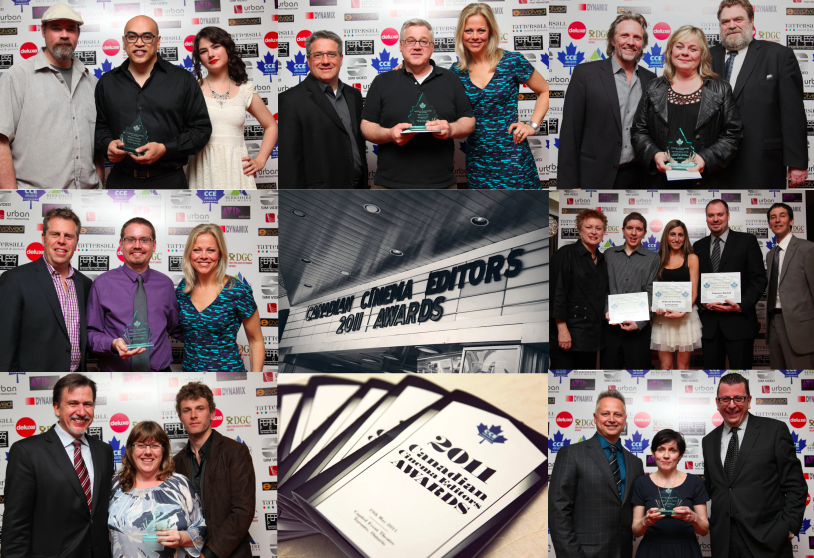