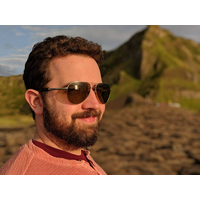 If you are a CCE member in a region outside of Ontario, submit your own responses and go in the draw for a trip to EditCon 2020 - More details here

1-Where and when did you first become an editor? Vancouver, BC. I'd been a 1st assistant editor for 5 years or so across many different projects but mostly network TV, and in the meantime cutting short films and whatever I could get my hands on. I was working on the SYFY series Van Helsing and at the start of season 2 one of our editors pitched me to cut an episode. I had been thinking about asking for a chance but she beat me to it - and I am eternally grateful. Our post supervisor and producers were on board, and so I was able to cut an episode. Nobody died and the building didn't burn down, so in season 3 I was assisting again but I asked for a full block and got to cut two more episodes. It was a great experience, and fortunately I seemed to inspire enough confidence that for season 4 I was hired full time as one of the editors, and I haven't looked back since.

2-What is the best aspect of being an editor in your region?  There's an amazing tight-knit community of editors and post staff in Vancouver who are extremely supportive of everyone trying to make a go of it, and I would not be anywhere near where I am without them

3-What are you currently working on? A horror anthology series for Quiby called "50 States of Fright".

4-What has been an interesting/favourite project so far? The variety of the anthology horror series has been fun, but earlier this year I was hired to recut a children's feature and that was a very interesting and educational process. When I was brought on the current edit was not working for the director but we only had 5 weeks total to go from re-cut to lock so there wasn't even time to go back into the dailies for most scenes. So it was a very unusual but informative procedure where instead of thinking about the "how" and starting with the dailies and building the scenes, I had to take the scenes I was given and ask the "why" questions - to find out how we got here and where we need to go next. It was as much a theoretical workload as it was a practical one. There were some sequences that only needed a little adjustment, and others we flipped upside down and inside out. Overall it was a very fun experience and creatively fulfilling, and the movie turned out quite well in the end.

5-The best thing I’ve learned from another editor is…

I'm paraphrasing from a few wonderful members here, but Be brave, stay strong and defend your decisions.  Stand tall and fight for what you think is the best way to tell the story you're given.  Don't be stubborn about it, we should collaborate more than we argue, but it's better to push for an editorial choice and lose than fo to bed at night and think, "I wonder if it could have been better."

6-My advice to any Editor starting out in my city is… Network like crazy.  Work on the widest variety of projects you can until you figure out the kind of storytelling you want to do.  And go for a walk everyday!  Vitamin Sun is good for us :)