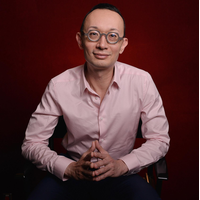 Jason Karman graduated from the University of British Columbia with a Master of Fine Arts in Film Production and Creative Writing; his 16 films have travelled internationally and won awards. His short film, Lions in Waiting, was selected by Telefilm Canada’s Not Short on Talent at Clermont-Ferrand in 2018 and in 2019, Lionhood, won best cinematography and editing at the Vancouver Short Film Festival. Jason likes traveling and vertical videos. He is currently working on his first feature film, Golden Delicious.

My film, Lionhood, that won best editing award at Vancouver Short Film Festival is still making the film festival rounds, but it is based on a my UBC thesis short film, Lions in Waiting, which has ended its festival run. Below is the trailer: