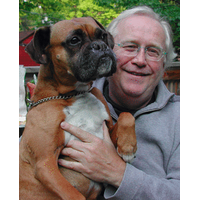 The CCE is pleased to announce the recipient of the Lifetime Achievement Award for 2019-- Dean Balser, CCE.

The CCE will proudly present this honour to Dean at the 9th annual CCE Awards, at the Delta Hotel in Toronto on May 30, 2019.

In 1988 Dean Balser, a longtime staff editor at CFTO-TV / Glen-Warren Productions in Toronto,  left his full time position to pursue a freelance career. At the time, Dean had a long-standing relationship with Grosso-Jacobson Entertainment in New York through their successful collaboration on the highly acclaimed series "Night Heat", the first Canadian series to be broadcast on CBS. Producer Sonny Grosso and Dean created a strong bond, with Grosso hiring Dean on many series and MOW's in subsequent years, even bringing Dean to New York for one project, clearly showing the faith and trust he had in Dean. Dean’s work was noticed by U.S. producers -Grosso and others - at a time when few American shows would edit in Toronto. He was a ‘go-to’ editor for CBS, NBC and ABC as they shot pilots here and required a steady hand. He was fortunate to be an editor for CBS, NBC and ABC as they shot pilots here.

Dean became acclaimed not only for his editing work, but also for his role as a friend and mentor to many in the industry. His work has been varied and always of the highest quality, ranging from the cop shows with Sonny Grosso, to drama and science fiction. Dean has also cut musical variety and comedy as well as various forms of documentary, doc-series and factual productions, displaying one of the most versatile voices in editing in Canada. He was at the forefront of the evolution of editing from film to digital, working on the most advanced editing platforms of the day, including being an early user of Avid systems.  Dean also served as 2nd Unit Director on various film and television projects.