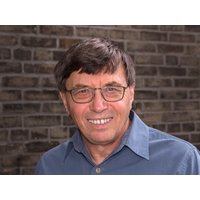 Starting his career in 1970, Steve remembers that working in the tiny film community of the era felt more like being in a garage rock band, rather than the mature industry that we have today. Almost five decades later he is still a vital part of the documentary scene, editing feature docs for HBO, BBC, PBS, NFB and all the major Canadian broadcasters. His editing assignments on international co-productions have taken him around the world, from Sydney, Australia to London, England. Along the way he’s been privileged to work with many outstanding directors such as Ric Bienstock, Alex Gibney, Larry Weinstein and Barbara Willis Sweete.

Steve’s 2015 year saw him win both a Canadian Screen Award for “Best Picture Editing in a Documentary” for “Our Man in Tehran” as well as the Black Dolphin award in Cannes for editing the HBO feature “Tales From the Organ Trade” – the only editing prize awarded from the 725 entrants at the Dolphin Film Festival. He’s been a six time Gemini award nominee and a number of the films he’s edited, such as “The Planets”, “Empire of the Word”, and “Deadly Currents” have won awards at home and internationally, including an International Emmy for “Concerto”.

Perhaps the most important and enduring impact that he’s had on Canada’s industry is through his mentorship. Steve loves to work with first time filmmakers, sharing what he has learned over the decades. Throughout the years he has also helped many of his editing assistants graduate into full-time professional editors.