I Wish I'd Cut That - Roger Mattiussi, CCE 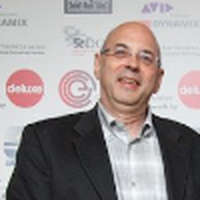 For some reason I had a recent flashback to a hugely popular film called, “Strictly Ballroom.”  I saw the film at two film festivals and both times it received a standing ovation.  It introduced the world to the director, Baz Luhrman.  But it also introduced a great editor to the world outside Australia.  Jill Bilcock.  (A wonderful documentary has been made about her career.)

I suppose I pick the final dance sequence in the film, as something I wish I had cut, because I love the confidence in the cutting pattern.  Its understanding of what the emotional needs of the audience are.  Let alone the characters.  It’s bold, assertive and  assured.  When I first saw the film, I was in awe of the pace and precision in the edits.  Not an extraneous frame anywhere.

The dance sequence begins with the corrupt manager of the ballroom competition disqualifying Scott Hastings, lead character, for his unconventional dance style.   The music is unplugged and the audience waits to see how Scott will react.  In that space of silence a clap is heard.  Then another and another.  A rhythm is established.  Then another beat is added on top of that.  A flamenco Paso Doble.

Very little of the crowd clapping had been shot.  Ms. Bilcock had to build the entire sound track by ‘hand,’ so to speak.  Then build the visual elements on top of that. The sound builds from one clap to the entire crowd clapping out a rhythm that Scott and his partner, Fran, can dance to.

The sequence not only has to show us the development of the dance, but also has to intercut with the various other characters who are either trying to prevent the dance from taking place or who are trying to stop them from doing so and to turn the music back on. Quick cuts from spinning dancers to people clapping out the rhythm to Scott’s feet tapping out a Spanish beat to match the clapping back to antics in the sound booth trying to plug the music in.  And when they do succeed, the dance reaches a crescendo of cutting that is exhilarating.

If you’ve seen “Moulin Rouge,” whether you liked it or not, the opening dance sequence shows off extraordinary technical mastery by Ms. Bilcock.  And her work in Luhrman’s “Romeo and Juliet” exhibits some of the most brilliant dialogue editing I’ve ever seen. What I also like about her work, much for the same reason I like Thelma Schoonmaker, is not letting continuity get in the way of performance and pace.

Something Walter Murch also subscribes to.

If ever the feature length documentary about Jill Bilcock becomes available in Canada.  See it!  She is a fantastic personality and a great editor.