An Historical moment for Editors of Everywhere

Three years ago, after participating in Paris’s Editors Film festival Les Monteurs s'affichent, held by the French association Les Monteurs Associés, I came back with a dream.

During the spring of 2016, Quebec editors Myriam Poirier CCE, René Roberge, and I went to Paris to present a film about poet Gaston Miron, and the contact with the French Association created a big spark in our minds: It would be so fantastic to connect the various Editors' Associations in the world, and create a kind of "International" (joking around on the theme of the Socialist International... "Editors of all countries, unite"...etc.). We were laughing then, thinking it would be great... but also... maybe an unreachable goal.

But a few months ago, I came back to this idea in one of our Montreal's editors meetings... I felt more than ever that it was important to widen our horizon and try to be in contact with editors from abroad. So I began to search for other associations and got in contact, amongst them, with a Brazilian Association from Sāo Paolo.

I also decided to have a Skype around this idea with Mathilde Muyard,  member of Les Monteurs associés in France (we had met in 2016). On my laptop screen, I could see Mathilde's face with a delicate smile on it ... She said :"Annie, we are exactly trying to do this with some European Colleagues!" I couldn't believe it.

She immediately connected me with Dietmar Kraus, one of the German Organizers of a new event, The International Film Editors Forum (IFEF), created last year, in Cologne, Germany. In October 2018, for the first time in the history of our craft, 32 editors from 13 countries gathered in the same place to share ideas and... maybe... a common project. After this encounter, they parted with a goal for the coming year : To establish a base for a  Federation of Film Editors Associations, and... They decided they would meet again in the fall of 2019...

Last summer, after a long Skype with Dietmar Kraus, I understood that I had no choice : I had to be present to this 2nd International Film Editors Forum! 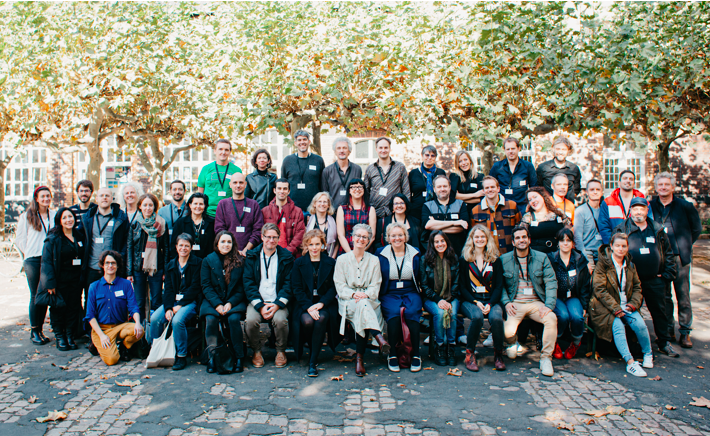 And I come back from this meeting with great enthusiasm and much hope.

Organized in parallel with the FILMPLUS[1] Festival in Cologne, Germany, the oldest film festival dedicated to the art of editing, the second IFEF was held during the last weekend of October.

This time, we were 40 editors representing associations from 20 countries. The aim of the encounter was to reflect together on the theme of "Communication and Visibility" and learn about what the different associations offer to their membership. We also exchanged about the "Dreams" for the future, and how we can benefit from better communications internatio 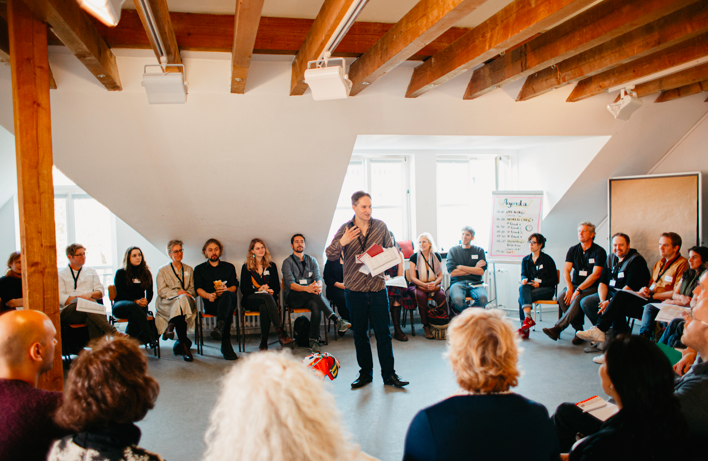 It's difficult to describe how impressive it was to be there, in a room, with editors from countries as diverse as Turkey, the UK, Germany, Norway, Australia, Italy, Hungary, Spain, Argentina, Finland, France, the USA and others.

I can say the strongest feeling I sensed was one of absolute solidarity and sharing. It was also interesting to feel how editors can form a real community, and to realize how much we can connect so easily, just like if we had  known each other for so long... We felt no gap at all. Since our preoccupations, our love for our craft and the desire to promote it are the same, it was very natural to exchange and bring ideas in a completely open way.

Each participant brought up some of the achievements and challenges of his own association. The goal of this brainstorm was to be exposed to new ideas, share the good results and inspire each other. The discussion also gave us an opportunity to talk about the challenges our associations face, and opened a door to eventually compare similar situations. As a member of the Canadian Cinema Editors, I talked about our CCE Awards as a great achievement, our Master classes, the CCE EditCon and I also pointed out our Podcast (many were very curious about it and asked for the link). I also mentioned the challenges the CCE faces, being an association covering a large territory, and a diversity of regions. Most of the countries that were represented at the IFEF, except the USA, are smaller nations with production mostly concentrated in one or two cities. On the other hand, a country like Argentina faces the same kinds of challenges we face here in Canada. I also brought to attention the question of the two languages the CCE must face, a situation very similar to Belgium where they have Flemish and Walloon members as well.

The discussion in small groups was often very animated, each participant giving examples that can resonate with others' experiences. It was not a collection of "exposés" but rather a very lively discussion where each one wanted to add his own experience's examples. The only critic I would make is that we would've needed more time. We were almost sad to come to the end of our exchanges, we had so much to share and to compare. So it was suggested that next year, they plan a longer Forum...

But after all this brainstorming, it became very clear for everybody that a federation of all the associations could reinforce the work that each association already does in its country. In some cases, as in Belgium or Spain, they have just very recently organized their own National Association of Editors and it's important that they'd be inspired by older associations. It also seemed clear to everyone that it's important to encourage editors around the world to create their own association and to fight for a better recognition of the art of editing. But even clearer was the fact that working altogether as a federation we will be much more efficient than fighting separately.

With the globalization of the production, with the fact that editors are more often than ever susceptible to be asked to work in other countries, with partners like Netflix or others that are popping up, the timing and the necessity to unite our efforts seems perfect.

Also, as part of the weekend, there was an International Panel, open to the general public, on the global interaction of film editor communities. The panel guests were Oscar nominee Tatiana S. Riegel ACE from the USA, Job ter Burg from the Netherlands, Mercedes Oliveira from Argentina and Alexander Berner from Germany.

This year, the guest country of the Festival for the International Day was the United States, with an evening to celebrate the work of Oscar nominee Tim Squyres ACE. The film The Ice Storm (Ang Lee, 1997) was presented to a large public. The projection was followed by an interesting Q&A with Tim Squyres, about his work with Ang Lee over the years, but also about his work in general and his experience cutting 3D films.

The International Film Editors Forum day ended with a very emotional moment: Representatives of Editors Associations from 12 countries signed the founding document, giving birth to the future Association of Associations : TEMPO. To be honest, I really felt I was witnessing a historical moment for our craft. 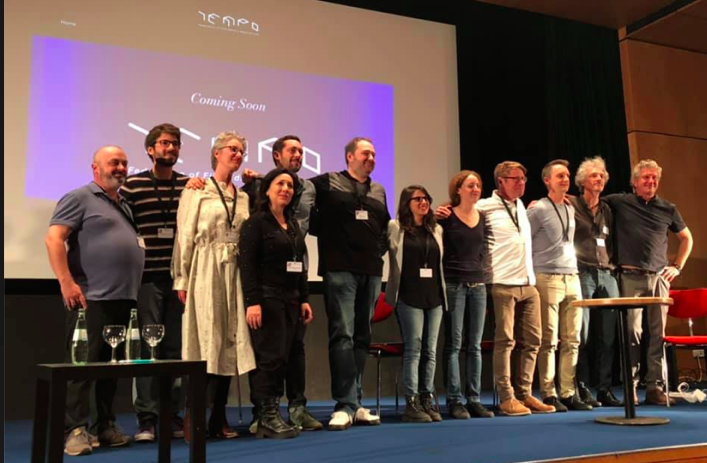 TEMPO will be an umbrella organization whose prime goal will be to federate the many associations of editors in the world. The organization now exists legally, the website is on its way, but obviously much remains to be done. From now on it's collaboration between all the members  that will enrich the process. The idea being that, from the 12 founding members, it will grow and extend to many, many associations.

Some of the general goals of TEMPO are: To create a platform for the different editors’ associations in the world (and their membership) to connect and share, to be a one-stop pole where editors can find information about other associations and their achievements, to strengthen the standing of our profession in the film industry, to lift public awareness of our profession, to set international standards for working conditions, to benefit from each other's experiences on running our organizations, to inspire each other to support and educate our members on creative, social and legal matters.

[1] The Festival will change its name next year and will becone "EDIMOTION – Festival for the Art of Film Editing."